What's the difference between vSphere CLI and vSphere PowerCLI? 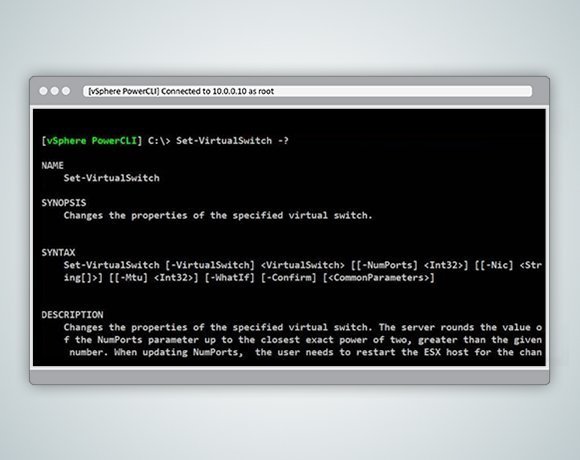 VMware admins have several options for command line interfaces, some with very similar names, such as vSphere CLI (vCLI) and vSphere PowerCLI. If you're making a vSphere CLI vs. PowerCLI comparison, you might find PowerCLI more versatile, with more command options. Let's break it down.

When VMware switched from ESX to ESXi hosts, it eliminated the console operating system, in which admins could control hosts. VMware vSphere CLI commands can replicate the old ESX Service Console interface, and the command line interface supports IPv6 commands.

PowerCLI, on the other hand, is a Windows PowerShell snap-in, meaning that PowerCLI cmdlets are executed in PowerShell. It should be no surprise that Windows-savvy VMware admins will find PowerCLI comfortable as a command line environment. PowerCLI offers cmdlets for vSphere and vCloud management. The PowerCLI community is also very active online, so if you don't have a command handy, chances are someone else does and will share it with you.

Get familiar with the vMA and other ways to manage ESXi