This is the first part in a series of posts about what’s new in vSphere5. It’s meant to be a summary of all the major changes and improvements in the vSphere5 platform. The idea of these posts is to be both as as an checklist reminder to read prior to your VCP5 exam, and also part educational as well. I wrote up these notes privately before my VCP5 in Feb, and I thought others might find the summary useful.

I think its fair to dub “vSphere5″ as the “Storage Edition” – because SO MANY changes have made across the board in the storage layer of the platform. If you like in contrast vSphere4 was very much the “Network Edition” as it introduced features like Distributed vSwitches and support for the Cisco Nexus 1000V. It’s part of an overall project to make vSphere the perfect platform to virtualize all manner of workloads which could in the future include high-performance computing (HPC) that can still to do this day be tricky to virtualize. Of course, there are lots and lots and lots and lots of changes elsewhere to boot.

Normally, I would have written such a “What’s New” guide ready for the vSphere5 GA. But I didn’t have the time or the inclination. vSphere5 is close to being almost a year old, so its a bit difficult to say its “new”. But hey, as they say on Ebay it’s “new to you”.

What spurred me to do so was the exam I took on 28th Feb. Remember if you a former VCP4 or attended vSphere4 training – you now are REQUIRED to take the “What’s New” class and then pass the exam. The idea is that will serve as pre-exam primer that you can quickly re-read before taking the exam. This is no substitute for hands-on experience of using these new features.

Finally, if you think there is ANYTHING NEW, I’ve missed or overlooked – then please leave a comment, and I will update based on your recommendations.

Warning:
If you like me you passed the vSphere4.0 VCP exam, but not kept up to date with vSphere4.1 or being practicing your vSphere skills for sometime – simply reading this “What’s New” guide will NOT be enough. You will need to refresh your brain cells. Either by re-reading old vSphere4 literature (like my rather excellent “Implementing vSphere4″ book!) or by buying a more modern tome such as Scott Lowe’s Mastering VMware VSphere 5. The VCP exam still questions you on functionality that hasn’t significantly changed since vSphere4 or even Vi3. So if your feeling mentally rusty, its time to take out the WD40 on your memory banks.

Well, I guess the first and most obvious thing is that ESX “Classic” or the “Service Console” edition has gone. We now only have one distro of ESX to worry about and that’s the “embedded” ESXi version.  Other notable changes and caveats include: 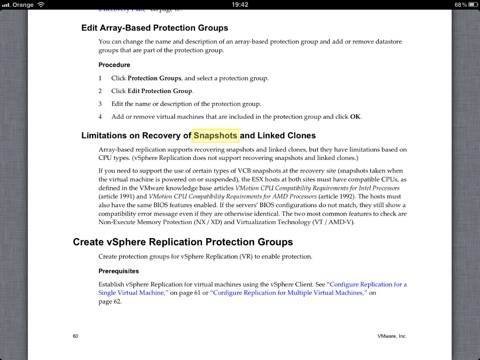