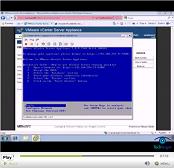 VMware vSphere 5 is ready for its close-up.

With the latest version of its server virtualization platform, VMware is focusing on scalability. VSphere 5 will support humongous virtual machines (VMs) with up to 1 TB of RAM and 32 virtual CPUs. That’s bigger than many organizations will ever need, but it does reflect the trend towards the more powerful VMs needed to run mission-critical applications. To help manage these monsters, vSphere 5 will also offer a new graphical user interface for provisioning multicore CPUs.

Automation -- a key feature of private clouds -- also gets a boost in vSphere 5. VMware has extended its popular Distributed Resource Scheduler (DRS) technology to storage, where it will automatically load-balance overloaded disks using Storage vMotion. The goals of Storage DRS are to improve storage utilization and cut the time admins spend manually arranging data stores.

Other new storage features include host-based replication for VMware Site Recovery Manager, which will let users move VMs from one storage type to another, and a new version of the VMware Cluster File System. VSphere 5 also offers improved networking and security features.

This VMware vSphere 5 special report includes in-depth news and analysis from our editors and experts. The following resources offer reactions from the vSphere 5 launch event and the technical information you’ll need to start using this new platform.

Five big changes in VMware vSphere 5 to consider before updating
New licensing guidelines top the list of changes to VMware vSphere 5. Licenses now cap the amount of memory a virtual host can use, even if there is more physical memory available. These changes, coupled with new features -- such as Storage Distributed Resource Scheduler and a redesigned VMware High Availability -- will greatly affect how IT pros design and manage a data center. As such, it's important to understand the big changes in VMware vSphere 5 before updating a virtual infrastructure.

Configuring the ESXi firewall in VMware vSphere 5
VMware vSphere 5 features a new firewall for ESXi. Previously, ESX was the only VMware hypervisor that came with a one. VMware argued that ESXi didn't warrant a firewall, because it lacked a dedicated service console and the hypervisor had a small attack surface. Find out possible reasons why VMware added an ESXi firewall and how to configure it.

Where will VMware draw the line?
VMware continues to build infrastructure functionality into the hypervisor. Back in the days of ESX 2, for example, VMware introduced a storage multi-pathing feature. Now vSphere 5 offers replication with vCenter Site Recovery Manager 5.0 and virtual machine placement with Storage Distributed Resource Scheduler and Profile-Drive Storage. In an interview with TechTarget reporters, VMware execs dropped hints about future infrastructure functionality and areas that the company will stay away from.

VMware vSphere 5 storage management features pique interest
With vSphere 5, VMware is going heavy on the storage management features. Storage DRS and new policy-driven storage capabilities had some users buzzing even before their official announcement. But others said they could already get similar features from their storage vendors, and there were also questions about how exactly these technologies would work.

VSphere 5 licensing
In vSphere 5, VMware limits the amount of RAM you can assign to powered-on VMs based on the edition you buy and the number of physical CPUs you have. This new vSphere 5 licensing model had customers up in arms for weeks after the product launch. In response, VMware increased its virtual RAM limits. But users expect even more VMware licensing changes to come.

VMware pricing changes add cost to cloud
The pricing changes for VMware vSphere 5 may decrease licensing complexity for some users, but it can also increase costs -- especially for IT shops that have powerful servers with demanding workloads. These restrictions may ultimately hinder the adoption of VMware's cloud platform and push users to virtualize with other hypervisors.

VMware shops search for savings on vSphere 5 licenses
VMware claims that vSphere 5 licenses better reflect the trend toward consumption-oriented computing, and most IT shops won't be negatively affected. One thing is for certain: Everyone will have to pay closer attention to their vRAM allocations.

VMware vSphere 5 pits scale-up against scale out
VMware vSphere 5 adds a new wrinkle to the timeless scale-up-vs.-scale-out debate. Because the licenses tie memory to CPU sockets, IT shops must decide whether to purchase fewer, more powerful servers or more servers with less memory. Each method has its benefits, drawbacks and hidden costs.

VSphere 5 for VDI
The vSphere 5 licensing model isn't exactly the best fit for virtual desktop infrastructure (VDI), so VMware came out with a separate edition specifically for this use case. The following resources offer user reaction to vSphere Desktop and an in-depth cost analysis.

VSphere Desktop: Should you use it?
VSphere Desktop may be cheaper than using other vSphere 5 editions for VDI, but existing users may still take issue with the cost implications. So concludes Brian Madden in his vSphere Desktop cost analysis.

VSphere 5: Focus on ESXi
VSphere 5 won’t include VMware’s original ESX hypervisor, so administrators will have to start prepping for the move to ESXi. ESXi management relies on the vSphere Command Line Interface, a remote scripting interface, because ESXi doesn’t use the ESX Linux-based management console that many admins have come to know and love. That means it’s time to brush up on the vSphere PowerCLI and VMware scripts and commands.

Using the vSphere PowerCLI: PowerShell training for VMware admins
To use the VMware vSphere PowerCLI, you need Windows PowerShell installed on your workstation. The PowerCLI communicates with PowerShell through a vSphere application programming interface. Once you master some common PowerCLI scripts, such as powering on virtual machines (VMs) and locating VM storage, you can begin to create your own code.

The top ESX and ESXi commands
ESXi commands can do everything from report on performance to patch ESX/ESXi hosts. The vmkfstools command can copy, convert, rename, import, export and resize virtual disk files. Esxtop troubleshoots performance problems with real-time and historical statistics for CPU, memory, disk and network usage. Other commands initiate Storage vMotion and display paths from a host to its storage device.